Not Using Wikipedia as a Marketing Tool

Marketing and communications professionals often conceive of their company’s Wikipedia article as a means of leveraging the platform’s recognition and credibility into legitimacy for their company and its brand. With its high visibility and strong link authority on Google, it seems only natural to want to utilize Wikipedia as a marketing tool. But this is a common (and ultimately shortsighted) mistake people make time and time again. Wikipedia’s strict community guidelines an
1 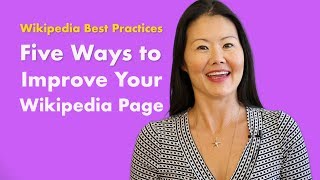 Developing a strategy for improving your Wikipedia article can be challenging, especially if you don’t even know where to begin. Oftentimes new users (whether they’re paid or volunteers) will get scared off by older volunteer editors. Their high expectations of new users’ ability to immediately follow guidelines is often interpreted as open hostility. This video presents 5 easy ways to improve your Wikipedia article to help you navigate Wikipedia’s policies and its community.
0 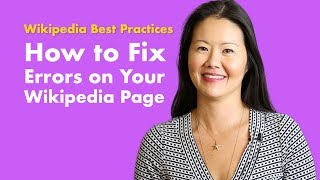 How to Fix Errors on Your Wikipedia Page

Have you ever wondered how to fix errors on your Wikipedia page? Wikipedia’s hundreds of policies can be incredibly difficult to navigate, if you’re even aware of their existence in the first place. Even going onto Wikipedia to ask for help there can be a challenge in and of itself. Watch this short video to prepare the 3 steps to begin repairing misinformation on your Wikipedia article. #reputat #bran #PublicRelations #Wikipedia
0
bluestarfish1

The video of Chicago Aviation Police dragging Dr. David Dao off United Flight 3411 was posted and shared across the Internet and social media, triggering widespread consumer outrage. Hashtags such as #boycott united and #boycott unitedairlines urged consumers to boycott the airline. On the night of the incident, United Airlines’ CEO Oscar Munoz issued a statement in response to the incident via Twitter. Consumers perceived the response was tone-deaf and became even more enrag
3

Wikipedia as a Parallel Platform

How to Leverage GLAM for Brand

What Wikipedia Wants from Companies

How does Wikipedia work?